We are indebted to the scientific society of the 1900s who invented technologies we take for granted.

One of the inventors happens to be Nikola Tesla. Elon Musk is redefining the electric cars through his venture Tesla Motors. Major automobile manufacturers have taken their steps building electric cars – Nissan, Chevrolet, Toyota. Those who are genuinely interested in understanding the electric car history can read about Better Place (started by Shai Agassi, now closed) and watch the documentary “Revenge of the Electric Car” on Netflix.

While the electric cars’ evolution is on, it has not stopped the automobile world to leverage their technology to the most ubiquitous form of transportation in most countries – the bike. One of the companies that is manufacturing an electric bike in US happens to be Mahindra, naming its electric bike as “GenZe”. If you happen to be in Bay Area or Los Angeles, chances are that you might have seen that bike on the road.

I designed a mobile app concept for GenZe. The users of the mobile app are students, pizza delivery guys. The idea of the app was simple – know the bike’s essential parameters before turning the engine on. 100+ parameters of the bike are up in the cloud. There are sensors on the bike that give crucial data about the bike’s mechanics, electrical, tire pressure, etc.

The iOS and Android app offer the similar experience, with one exception. Android phones have a desktop widget of the App – no need to launch the app. There is also a micro-website that gives detailed analysis of bike’s usage.

Let’s step away a while from the telecom domain :). I am going to present sketches I did for a pizza restaurant in Pune (India), Greens & Olives.

A brief history of Greens & Olives (G&O) should be told here. G&O was started in a place that was perceived as jinxed. The earlier occupant was a restaurant too. Before that, there was a retail outlet. The locality is brimming with 70+ restaurants. Moving to an already crowded competitive space was necessity. G&O decided that the food menu will be vegetarian, no liquor will be served. With odds stacked against it, it was going to be swimming with the sharks for G&O.

In the last two years Aditya Nilangekar, Pavan Iyengar and their team has excelled in creating G&O an exciting restaurant in Aundh, Pune.

Food and ambience is great. Chef’s recommendations are superb too.

The mobile app I designed complements the customer experience G&O team has created in 2 years. The iOS app and Android apps are being designed.

Here are the sketches of the mobile app (mind map and app UI): 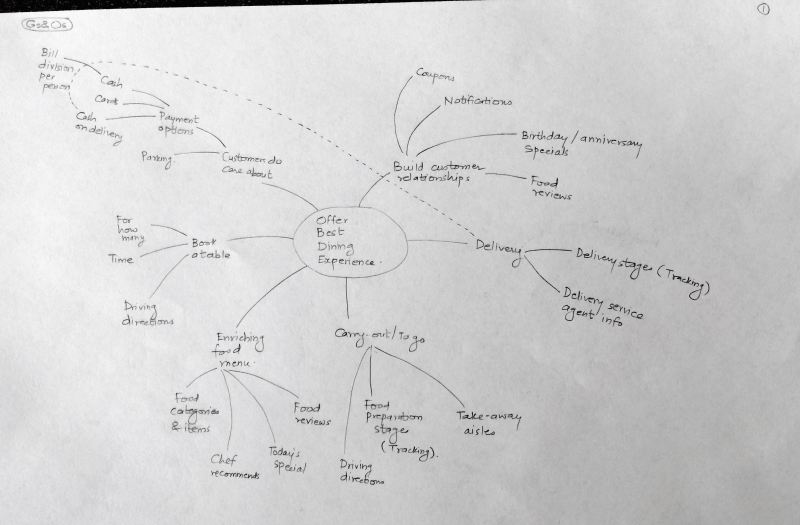 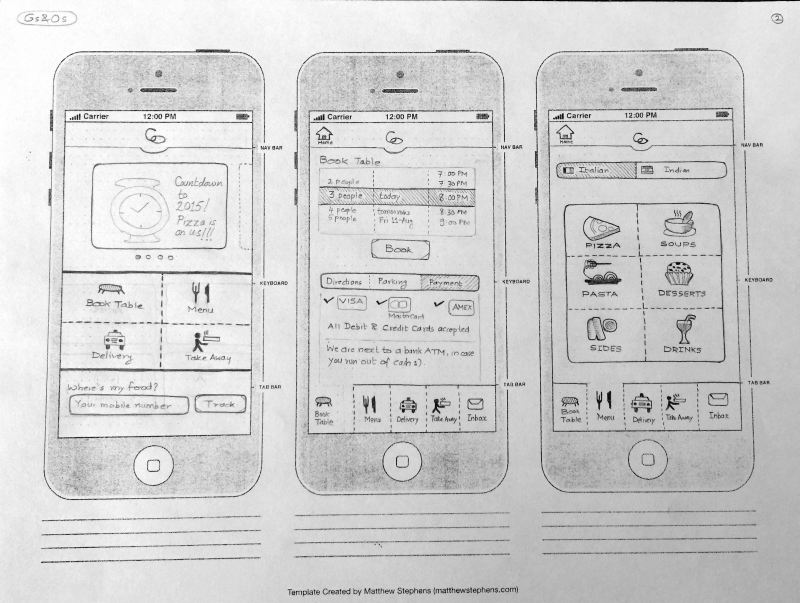 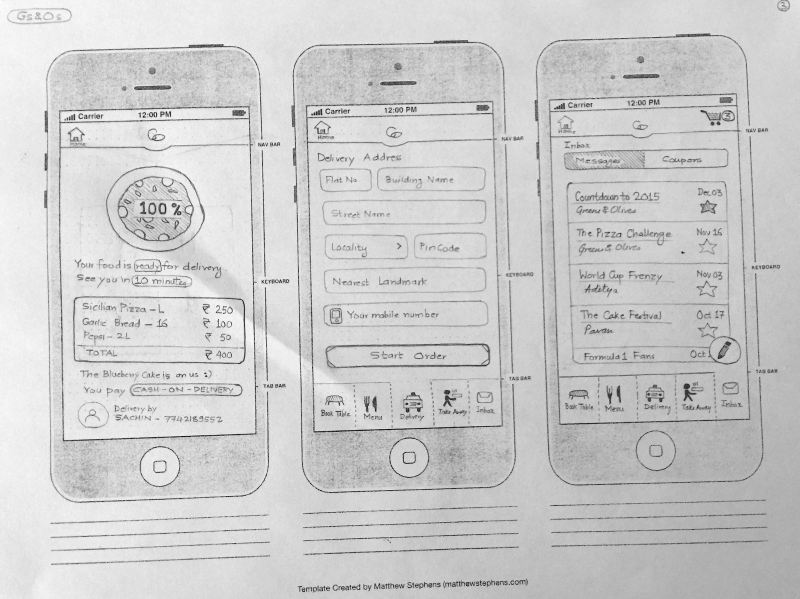 If you are living in Pune, head to Aundh. Here is the address (opens a new Google Maps window) – Opposite Tangent Furniture Mall, Nagras road, Aundh Pune, Maharashtra. Call: +91 20 3267 3030

It is important to know the devices/platforms that you are designing for. The software and hardware are intertwined. Know the devices / platforms well enough so that your design solution utilizes the device’s capabilities to a great extent.

Get yourself familiarized with the device. If you are designing an interface for television, spend hours playing with the TV remote and watching TV. TV remote may open up possibilities in your interface design. 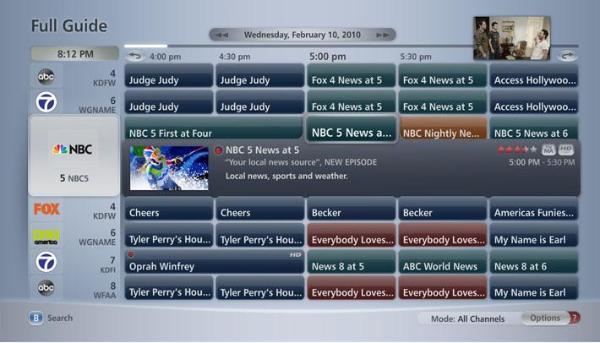 If you are designing a control panel for a washing machine, get the brains of the industrial design and engineering team. Understand the machine capabilities, the happy paths (e.g. musical tone to indicate that washing is done – scenarios in which user will not encounter any problem) and exceptions that come with the machine (e.g. the washtub is overloaded). Understand what the machine CAN DO and CANNOT DO. People will tell you what the machine is SUPPOSED to do :). 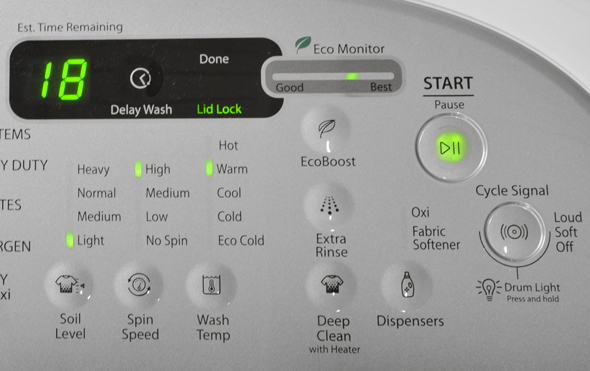 Test the device to the limits – both in terms of software and hardware. Imagine the worst-case scenarios of usage.

When iPad was launched in 2010, Amazon came up with a funny ad for Kindle. Clearly, it knew the device positives, the users and the context. Here is the ad:

We have embraced touch-screen interactivity in majority of the devices. Mobiles, tablets, ATMs, point of sale terminals, medical devices, field-force devices all have touch-screen capabilities.

Devices also come with their own interaction & visual design language.  Apple’s iOS applications have to be designed keeping in mind the ‘Apple-ness’ – the way interfaces look and behave. 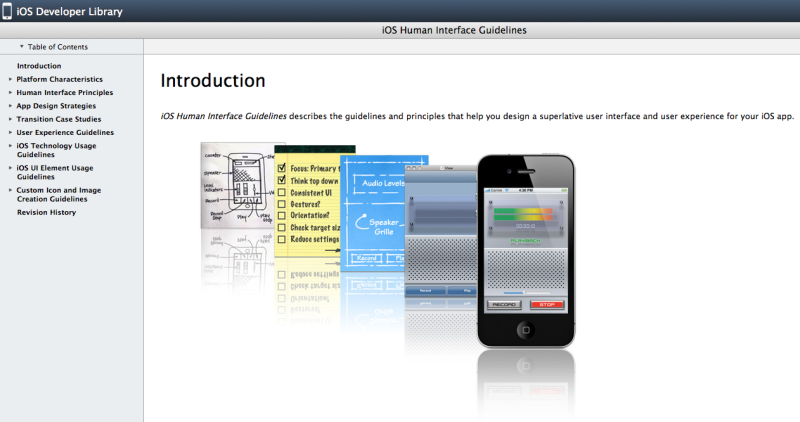 Google also has published its Android mobile UI guidelines. Slowly and steadily, it is bridging the gap with iOS in terms of the ‘experience’ of using Android applications, vis-à-vis iOS applications. 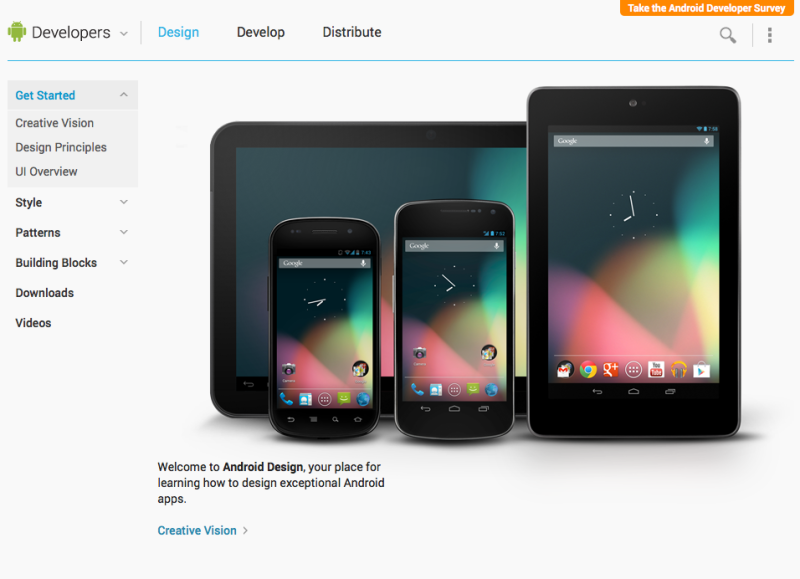 E-commerce websites have evolved over time. Take example of Amazon that started selling books and now sells everything on earth. Another candidate is eBay, which has maintained its DNA of being the flea market on the web, right from its inception. eBay has undergone changes to its website.

eBay has published its ‘pattern library’ online to familiarize the interaction designers & visual designers with its unique templates that define the eBay experience.

Understanding the devices brings in our discussion on the ‘T-approach” in older post: know the devices and target platforms as much as the user needs. A little more knowledge will surely help you. Less knowledge about the device / platform may create a loosely coupled design solution.

Gene Kranz, the flight director of Apollo13 quoted the famous lines while discussing the options of bringing the astronauts back to earth. His team members debated on the limitations of the lunar module – designed only for landing on the moon, not to fire the engine & come back. Kranz replied, “I don’t care what anything was designed to do. I care about what it can do.”

Great designers see the product in one shot – fusion of hardware, software, interactions and experiences. That’s what makes a great product great :).

In our next post, lets look at the tools that you will need to create the sketches / paper prototypes.